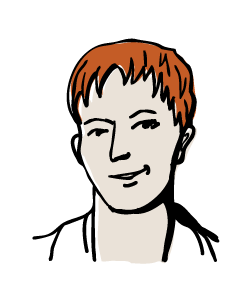 If you're buying a home for the first time, it may …

Been In A Car Accident? What You Should Do After The Fact
17 August 2022

If you're like most people, you try to prepare you …

You should never post a picture or comment about any vacation or recreational activities that you engage in during the time when your claim is being processed. This is because such information may be used as proof that your injuries are not as serious as you claim they are.

Other Jobs You Have

Employees are often given time off in order to undergo treatment and recover from any injuries that they sustained while at their places of work. Today, it is common to find people with more than one job. You should never share any information about any job that you do while you are recuperating from the injuries that you sustained at work. The authenticity of your claim is likely to be doubted since it will be hard for you to claim that you could still work even if you suffered the serious injuries that are stated in your workers' compensation claim.

Some people may make comments that downplay their injuries in case friends and family members express their concern about the injuries that they suffered at work. Such comments may be posted on social media as soon as news about your accident becomes public.

Restrain yourself from responding to those messages of sympathy because you may mention something that can be used as proof that your claim isn't genuine. For instance, never say, "It was only a scratch" as you describe an accident in which a tool cut you at work. Such a statement can water down the gravity of your injuries if the employer or the insurance company presents a screenshot of that comment during a court hearing.

It would be unwise for you to post pictures taken when you are at the gym if the doctor treating you for the injuries that you suffered recommended that you take bed rest for several days. Those pictures can be used to assert that your non-compliance with the doctor's orders worsened your condition.

Damaging information about you may still show up on social media despite your efforts to be inactive on your social media accounts. You should contact a workers' compensation lawyer as soon as that happens. He or she will advise you on the best course of action to take in order to limit the damage that was done by that social media post.